Part 2: How do you implement a new intranet in four weeks? 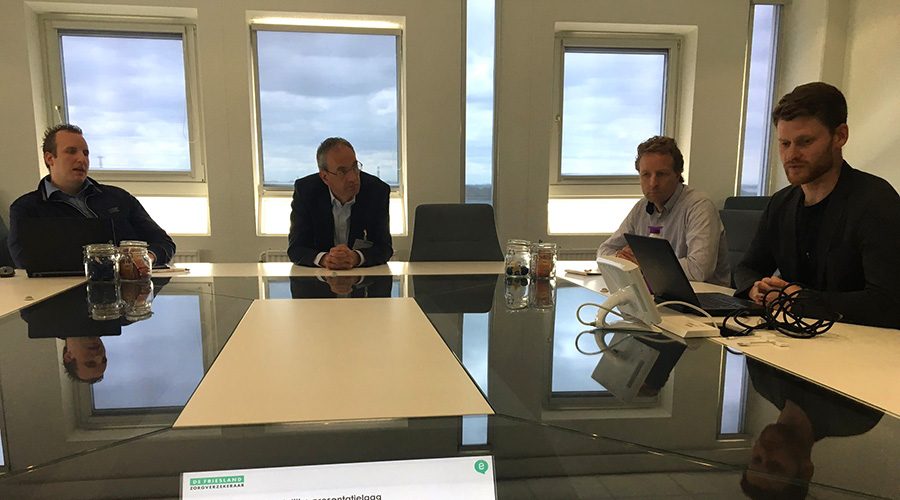 In the first part, you read about how the social intranet is strengthening the business strategy of De Friesland Zorgverzekeraar. In this second part, we look in more detail at how, in just four weeks, De Friesland implemented the new social intranet into an organisation that relies on Microsoft. We will also have a look at the success factors and lessons learned, and the plans in place to achieve the organisation’s 2020 goals. We will hear more from Frank, Dolon and Jenny. 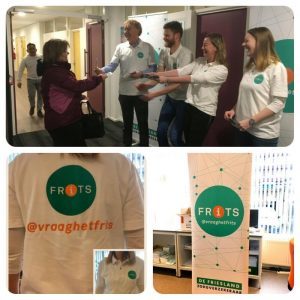 How did you implement the social intranet in four weeks?

We decided to implement the intranet in phases, using the ‘think big, act small’ principle. We’re used to thinking everything through from A to Z, and then delivering a block of precise instructions to IT. This habit is changing, both in our organisation and the wider world around us. In this context, we decided to go for phased implementation. We wanted to start small, and let people join in. One advantage is that you have something to show to the organisation quickly, which makes it easier to sell the importance of additional features. In addition, if you’re thinking about everything from A to Z over 6 months, by the time you get to the end, A will be completely outdated.

‘Last year, we wanted to discuss the course to be taken for the coming years, with employees. Strategy2020. We wanted to get started with this initiative without delay. In order to strengthen the offline sessions, we wanted to be able to hold more discussions online via an e-platform. It soon turned out that Microsoft needed more than a couple of weeks to supply such a platform. At that point, we launched a pilot with Embrace. The infographic made by product manager Remco Rispens (Embrace) showed that our employees could use the platform with relative ease. That was enough for Corporate Communications to develop the platform into a social intranet.’

‘Phase 1 was four weeks of hard work. Pleuni Boelaars, Embrace consultant, spent 2 or 3 days a week with us. IT, Corporate Communications and Pleuni collaborated intensively on designing the platform. During this phase we discussed key players: individuals or departments who were highlighted in the old intranet’s statistics. The week menu, for example, was the most viewed item on the old intranet. So we discussed the best way to migrate the menu, with the restaurant manager. We redesigned the menu, and it now looks more attractive. The service desk also plays an important role in the online environment. At the end of the day, the platform relieves them from some work.’

Focus on the layout of the platform

‘Because we ran a pilot first, technical issues were largely sorted out. This meant we could concentrate on the layout of the platform in the first phase. During these four weeks, we looked for ambassadors, and held community management sessions with them. We also asked colleagues about what they wanted, and got them enthusiastic about the project. This is why Frits (the name of the social intranet) is spreading its reach more and more: there are increasing numbers of colleagues who also post messages, ask questions, start groups and fill in profiles.’ 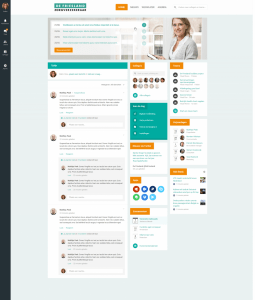 ‘In addition, we set up the environment, and provided a number of basic features. The purpose of the first phase was to replace the front page of the old intranet with Frits. When users now open their browsers, they see Frits on the first tab, and the old intranet on the second tab.’

‘Frits went live on 2 March. Users post a lot of work-related messages or questions about using Frits, and also ask whether more features can be added. We are gradually disabling some of the features of the old intranet, such as the calendar, sent content, and list of our internal apps. These can now all be found on Frits. An important part of phase 2 is migrating content, which is an area we are working on with various departments. Phase 3 is running parallel to phase 2.’

‘In phase 3, we are also looking at how we are going to use the link with Office365. Together with Embrace, we are studying about how we can develop this in De Friesland.’

‘We have already achieved the goals in Strategy2020 to a large extent. We are interacting more, we have a social intranet, and we are building on it. In the future, we want to increase collaboration with partners such as local authorities and healthcare providers. Frits can only be used internally at the moment. To make the platform available externally, we have to comply with the requirements of De Nederlandsche Bank, our supervisor. This is a long, drawn-out procedure, so we decided to, initially, make the intranet internal only. We are now going to be busy with the procedure so that we can ultimately collaborate with external bodies or consult Frits from the sofa at home.

From strategy to technology

‘One of the biggest success factors of this project is that we used Strategy2020 to determine communications and technology; we linked features and adoption to the organisation’s goals, and this allowed us to show that the social intranet suits us. Furthermore, the supplier was always there to help in every aspect, not just technology, which was a big bonus.’

‘Another reason behind the success was the exemplary role of our manager who embraced the arrival of the platform and its development right from the outset. He takes the initiative, is enthusiastic about Frits, and enjoys using it. For example, he shares what he’s doing and uses language everyone can understand; “I went there and spoke to so-and-so”. That makes it easier for other employees to post messages.’

‘In the first phase, we worked in a small team (Jenny from Corporate Communications, Dolon from IT, and Pleuni from Embrace). Because we were to make the switchover quickly, we also got quick results, which is a great advantage. The steps taken are also immediately visible. An additional advantage was that the project had a high priority due to time pressure, which meant that decisions were taken quickly. It was a certainly a full-time job for 4 weeks, with more than the usual number of working hours.’

‘Before starting, we appointed people involved in community management. However, the agreements we made were not clear enough, and Jenny and I are now spending more time on community management than we originally anticipated. This is preventing phase 2 from advancing. One lesson learned is that we should have given more thought to setting up community management in advance. We’ve also noticed that ambassadors need to be more active in their roles. They could address users more about posting questions, news and results in a group (and no longer using email), and filling in profiles.’