Give your social intranet a face: the success of Jet 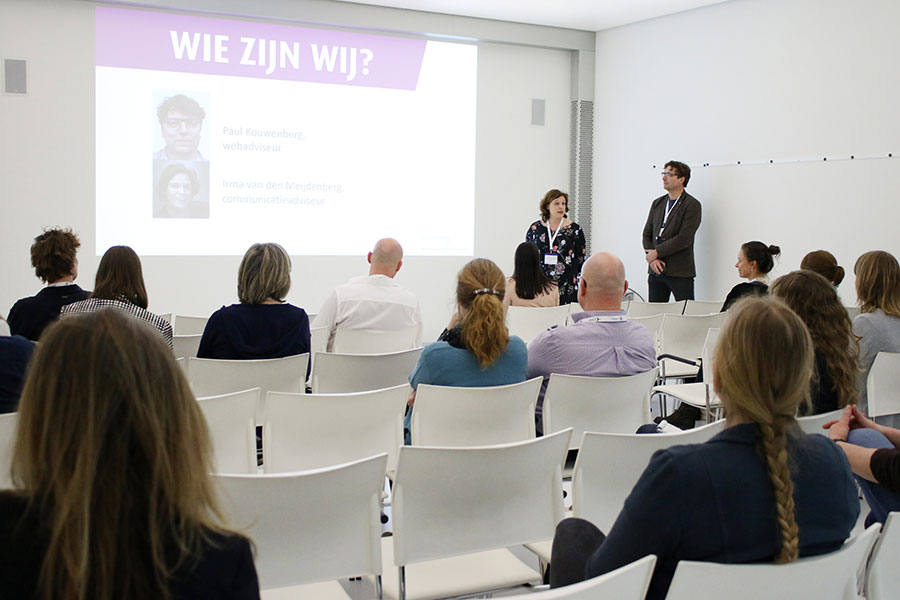 How do you make sure that your new intranet is successful? This was the question Paul Kouwenberg (web consultant) and Irma van den Meijdenberg (communications consultant) of Thebe healthcare facility asked themselves 18 months ago. After a number of mergers and a reorganisation due to cuts in the care sector, the team was suddenly reduced from 7 to 2 people. Nevertheless, they successfully implemented Jet, the social intranet, with limited resources.

The origins of Jet

‘The social intranet is the backbone of our internal communications’

The communications team works with a condensed annual plan. This is due to limited resources on the one hand, and rapid changes on the other, which makes it impossible to plan years ahead. The annual plan contains topics relevant for the year concerned. In 2015, internal communication was an important theme. Due to previous mergers and a major reorganisation following cuts in care, an ‘island culture’ arose, in which business unit had its own methods and customs.

‘The Jet character was not the result of a strategy or persona, it was really just a lucky shot’

Naming and personifying the intranet

Before the intranet went live in October 2015, all employees were given a chance to vote for a new name on the old intranet. The winning name was Jet, which is a combination of the Dutch word ‘jij’ (you) and Thebe. Paul and Irma wanted to illustrate this name. The design brief was that the Jet character should not be too old (25 to 35 years), of normal build, and above all sympathetic. Any fears that the Jet character would be perceived as childish proved unfounded: Jet was an immediate hit, and employees identified with her immediately. The intranet name was widely known from the outset, mainly due to the personification of Jet.

‘The Jet character is very recognisable. It’s a very easy name that sounds nice, so everybody talks about it. Everything happens on Jet; the news, personal arrangements, colleagues in the photo, and so forth ‘

At Thebe, nobody talks about a social intranet, but everybody talks about Jet, including managers. The difference in usage between the old intranet and the current one is clear: more employees use the intranet, and they are more active than before. The communications team measures intranet usage every 3 months, and publishes the results on Jet. One trend is a rise in the number of active users in recent years. Some locations only use Jet, because their managers have decided that all work is carried out via the intranet. From absenteeism to minutes of meetings, everything is shared on Jet. The new social intranet is clearly a success.

Success, however, is not automatic, and users need supervision. Not everything tried out by the communications team works among employees, but when this happens, the team looks for weak points and tries again. Just getting on with things also leads to success. There are still areas where the intranet can make further advances, which is where community management comes in.

Anybody can apply to start a group on Jet: what is the purpose, and who will be the administrator? Previously, the community manager’s involvement was not required, but this led to a whole plethora of groups, so it is monitored now. Teams have often closed groups so they can share information within the team, while other groups are almost always open. If someone asks a question or posts something in the wrong group, the community manager steps in. This slowly ‘trains’ employees to use the intranet properly; and users are now also increasingly ‘correcting’ colleagues.

The communications team, currently composed of Paul, Irma and Sharona, also uses the intranet to conduct surveys among employees. Topics vary widely: from the Christmas present an employee wants, to how the working day can be improved. This second question led to two new features being incorporated in Jet.

Many employees were very frustrated about constantly having to log in to different applications. Now, Jet is connected with to Okta so that employees can log in to all applications with single sign-on (SSO). Another problem was that employees said it was difficult to find answers to their questions. As a result, a knowledge base was added to Jet: this is a method of laying out content on the basis of care and regulation topics, where all kinds of documents, such as protocols, textbooks, and work instructions, can be searched, and answers to FAQs found quickly. The information is up-to-date, easy for everyone to find, and users can share it with colleagues and add or update information themselves.

Jet, therefore, makes it easier for employees to get on with their work, leaving them with more time for patients, and raising employee satisfaction.

Because of the success of the Jet character, all internal communications are now illustrated with Jet. Everything is accompanied by an image, from the new management model to Thebe’s new mission. Requesting leave? You see Jet on the beach. Working on location? Jet has a tablet. Running with colleagues? Jet is pictured on the back of the runners’ shirts, and they say this gives them a helping push. Jet has, therefore, caught the imagination of Thebe’s employees. They often ask if they can use Jet images on documents or in presentations. When employees see the Jet image, they know immediately that the message is directed at them. Jet is fresh, and full of potential.

Jet as a basis for labour market communication

‘We want our labour market communication to reflect reality. That means real life, not super grannies. We spoke with current and potential employees about why they get up in the morning, and what motivates them in their work? We used the answers to develop 6 characters. Our 115 vacancies can be divided among these 6 characters.’

One major problem in the care sector is finding employees, an area where Thebe is also experiencing difficulties. Care workers do not view elderly care as an attractive option and prefer to work in smaller organisations. Thebe’s employees do work on a small-scale, in small independent teams in various neighbourhood teams or residential centres. The communications team is, therefore, using this as a spearhead in the new campaign: small-scale work with all the benefits of a big employer, such as training and career opportunities, employment benefits and digital work.

Thebe also aims to carry on standing out visually. Communications about employment in the care sector often use photos of happy pensioners, but unfortunately, the reality is somewhat different. There are good reasons these elderly need care. Since the Jet character was such a big success internally, the idea soon arose to use her in external communications. However, the communications team wants Jet to remain internal, so six characters were developed for vacancies, each with a male and female version, giving a total of twelve characters.

Are you the one?

The first campaign is targeting students and those approaching graduation. The campaign is based on the game ‘Are you the one?’, which is inspired by ‘Guess who?’ The question is: who are you, and what vacancy at Thebe best suits you? You play the game by making 7 choices between 2 work situations, and eventually, you end up with one of the 12 characters. Will these 12 characters be as successful as sympathetic Jet? Only time can tell!