‘Insite’ the municipality of Nijmegen: read more about the social intranet! 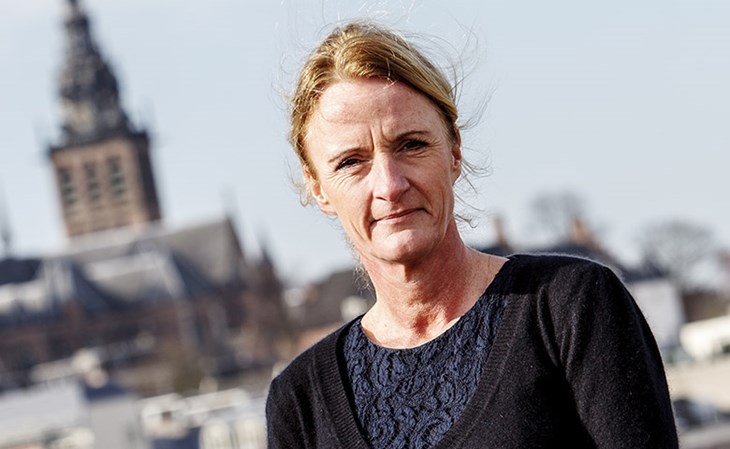 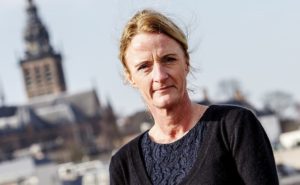 Why did you decide to set up a social intranet?

There were a few reasons behind the introduction of a social intranet; initially, a few practical ones. Due to cuts, we had to cancel our printed staff magazine. As a result, we were looking for a medium where we could share more information.

No interaction possible on the old intranet

Moreover, the intranet we had was pretty outdated. We couldn’t interact, and it was gradually becoming ripe for replacement. We also thought that it would be easier for our employees to use external social media if they already had some experience using internal social media.

Finally, our organisation wanted to make it easier for employees to be less dependent on location, time and travel in their work. For these reasons, we decided to implement a social intranet.

It did take quite a while before we could get started. The decision-making process was slow due to cuts and the novelty of a social intranet. The project itself only took 3.5 months.

How did you carry out the implementation?

We involved the organisation in the development of the new intranet right from the start. We approached a number of people and asked if they wanted to give us their thoughts. People could also volunteer. We ended up with about 80 core users in total. All the project documentation was also shared with the entire organisation.

We also got the entire organisation engaged in thinking up a name for our intranet. There were about 20 or 30 suggestions in total. We arrived together at the name ‘Insite’. A colleague designed the logo, and there is a separate group of photo enthusiasts on the intranet who provide us with a new header photo every month. The intranet really does belong to everyone.

Our old intranet, obviously, had a lot of content. We let everyone know from the beginning that this content would not be migrated to the new intranet. An exception to this was content from the staff departments (HR, Communication, ICT, Facility), and for this we looked at how we could give it a central place, which led to us setting up the ‘Arrange directly’ access point.

A fortnight before the system went live, we trained the 80 core users to use the system in groups of 10 to 15. These core users migrated some content to specific groups in the fortnight leading up to going live. There is also a dedicated group of core users where members give each other tips.

We did not announce the launch of the new intranet separately via non-digital tools, but arranged that the intranet was launched automatically for every employee.

How did employees respond?

There was a wide range of responses among employees. Some thought it was fantastic, but others posted messages saying they had no idea how it worked! We haven’t been online for long, but we’ve already noticed that lots of groups are being created, and that a lot of people are getting to grips with it. Some people still have to get used to using a search window instead of traditional navigation. That’s what they do at home with Google, but at work they are still used to the old navigation structure of the previous intranet.

One of the 6 system administrators answer any questions users might have. If we see someone posting something for sale on the homepage instead of on the bulletin board, we also let them know how they should do this in the future. If a question is repeated many times, we publish a tip for the entire organisation. However, we noticed right from day 1 that employees answer each other’s questions, which is great.

How does it benefit the organisation?

We haven’t been online long enough to say anything concrete. However, I’m expecting the organisation to become more transparent and less hierarchical. I also hope that our employees will start communicating outside their groups a bit more, and that using external social media will become a little easier for them. Consequently, I hope we will be able to talk more with the municipality’s residents.

Do you have any tips for other organisations about what they should not do?

None of the old content should be migrated, because it will immediately increase the lead time. We made it clear from the beginning that we would not be migrating content, and nobody objected. Everybody is personally responsible for posting their own content on the intranet, and we, as a project group, did not organise it.

You don’t have to impose a lot of rules about using the intranet, such as when you can create a group, and when you cannot. Let it go. Give people as much responsibility as possible, and trust your employees.

Finally, you must realise that people will start using the new intranet at their own pace. Some people close the intranet immediately when logging on in the morning, while others only occasionally read a news article or arrange a meeting room, and are not interested in working together in teams. That’s fine,

‘You’re not forced to use it, but everything is possible’

I think it is important you should not be forced to use it, anything is possible. Sooner or later, everybody comes around and takes a closer look. For example, meeting rooms can only be arranged via the intranet.’ The working day also starts with the intranet, as it has an overview of all the applications used.

Do you have any tips for other organisations about what they should do?

It’s going to happen: let it go. Make sure you support people with tools, but don’t force them to use these tools.

Engage employees as much as possible

In addition, involve people with the new intranet as much as possible. There are many ways to include people, even little things. For example, ask employees to send beautiful header photos, and use the best one when launching. This will create affinity for the new system. These kinds of things do not delay the project, but do help turn it into a joint project. In order to create a vibrant platform, there must be general support and everyone needs to feel at home.

Finally, I shared everything with employees. Everyone had access to all documents, project reports, etc. Unexpectedly, performance problems with our server meant the launch went very differently than planned, so we went live two weeks later than scheduled. In retrospect, that worked out very well. The link had already been shared, but we temporarily disabled automatic start-up of the intranet.

Nevertheless, people started using the intranet anyway, which was great to see. There were no negative reactions to the postponement, in fact quite the opposite: ‘What a pity, you worked so hard.’ I think that’s the result of getting people involved from the outset.

Do you have any more plans for the future?

We started with a basic project and minimal features to get people used to the system, because otherwise you no longer see the wood for the trees with the project. People also said I was mad to believe in such a short lead time, but this short lead time does mean that you can keep momentum going in the project, and that you can quickly show results. There’s no time for discussion, we’re just going to get on with it.

We want to expand further with links for the future. We now have links to various applications, but we would like to integrate further so the intranet marks the start of the working day even more. The intranet is already accessible from external locations, and we want as many applications as possible to offer the same option. In addition, we want to expand with a link to a document management system so that documents can be archived.

We collect everybody’s complaints and wishes. The system administrators browse the intranet to see what sorts of comments have been posted. We will shortly be looking at whether these wishes still exist, or if they are simply due to people getting used to the new system. Then we will decide what we can and want to do.